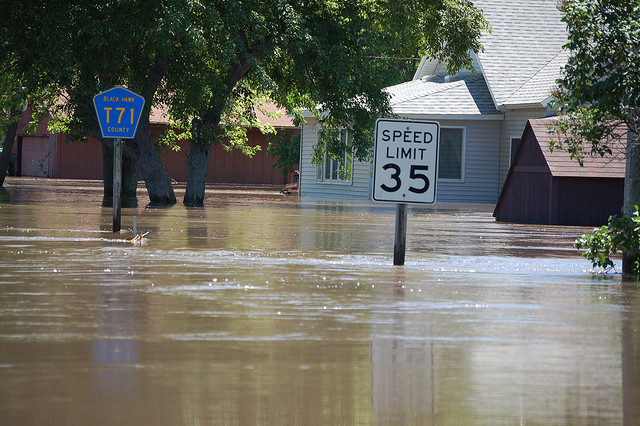 Flood insurance may seem like an unnecessary addition that you don’t really need, but the truth is that any owner of insurable property should have flood insurance as well.  It is a common misconception that damage resulting from a flood is covered by a homeowner’s policy, unfortunately this is not the case and many homeowners find themselves with thousands of dollars worth of damage each year.

The ability to purchase flood insurance is relatively new, it was first made available in 1968 and since then has saved homeowners with water damage thousands and thousdands of dollars.   Because it is so expensive to repair damage from a flood, the policies are a bit more pricey than homeowner’s insurance but are well worth it if you do experience flooding.  For homeowner’s who reside in “Zone A” territory, which is a home within 1 mile of tidal water, flood insurance is highly recommended if not mandatory.  Those that do not reside near a body of water may think that flood insurance is not worth purchasing, but technically every single home is considered to be in a “flood zone”, although the risk level varies.

So what can cause a flood?  A variety of things which is what makes the risk so dangerous.  Of course heavy rainfall, quick melting snow, and hurricanes are all factors that can lead to flooding, but a clogged drainage system, mudflow, or a failed levee can cause just as much damage.  Even if you don’t live close to a body of water, everyone is at risk for heavy rainfall or a hurricane, as we saw here in Massachusetts with Hurrican Irene last year.  Even 1 inch of water can cause thousands of dollars worth of damage to floors, electrical outlets, doors, base trim, furniture, appliances, a furnace, personal items, and much more.  You can get a better idea of how much damage a flood can cause here.

The price of flood insurance varies based on your “risk level”.  Those who live closer to the water are at a higher risk for flooding which will make their premium more expensive.  Flood insurance also must be paid in full which may make it unappealing to some customers, but a policy will seem much more appealing  than paying for damages if a flood does occur.  Should you suffer flood damage, take as many picture of the damage as possible that you can send to your insurance carrier.

Make sure you are protected from flooding, the next time you get a quote for homeowner’s insurance make sure the company offers flood insurance as well, since not all companies have that feature.  If you haven’t considered getting flood insurance before, think it over and call us at MassDrive for a quote!

All information is from FloodSmart.