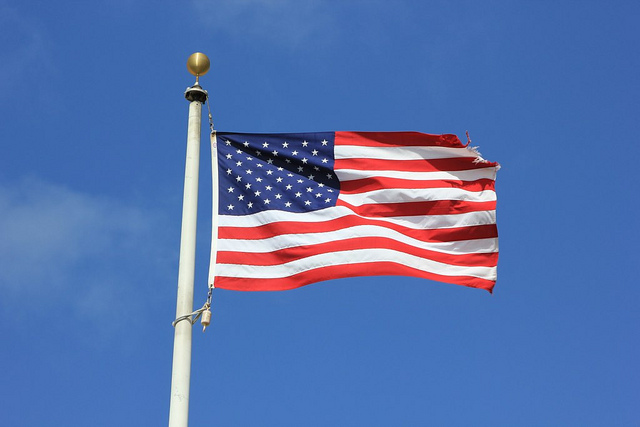 Who doesn’t love the 4th of July?  We get to celebrate our nation’s freedom with food, fire works, and a day off!  So, what other ways can you celebrate?  We’ve found some of the best events going on in Massachusetts this Indepedence Day!  Go with family, friends, a date, or yourself!  Tomorrow is a day of celebration, get out your red, white, and blue and make sure you make the most of the 4th!

Boston Pops Fireworks Spectacular – In Massachusetts, this is event is the main attraction.  The Boston Pops Fireworks Spectacular is celebrating it’s 39th show this year, once again being held at the Hatch Shell.  This popular event draws thousands and thousands of people each year to the Hatch Shell to enjoy this free concert put on by the Boston Pops, followed by an epic fireworks display over the Charles River.  The concert begins at 8:20 PM but if you want to get a good seat, or a seat at all, you should definitely play on arriving early.  Fireworks begin at 10:35 PM and last until the grand finale at 11 PM.  Can’t make it to the show?  Not to worry, it will be broadcasted live from WBZ-TV Boston and beginning at 10 PM CBS will begin their national broadcast of the performance.

An 1830s Independence Day Celebration – Old Sturbridge Village celebrates the history behind Independence Day.  Come watch the colonial parades march through the streets, listen to a reading of the Declaration of Independence and sign a giant reproduction of it yourself!  Other activities include a flag raising, patriotic poetry, horseback riding, and many additional displays and musical performances.  This is a great event for families as it is both fun and educational.  There will be food and drink (including beer and wine) for sale and visitors can set up a picnic on the common.

Pittsfield 4th of July Parade – Called one of the ten best Fourth of July parades in the country by USA Today, the Pittsfield Independence Day Parade is definitely something you want to check out.  Beginning at 10AM (rain or shine), the parade will have 150 units including floats, bands, area military veteran organizations, police and fire departments, and political dignitaries.  There will even be celebrities such as Brad Oscar, the Tony-nominated actor (for his role in Broadway’s The Producers)!  After the parade there will be free activities including face painting, bouncy houses, live music, a free baseball clinic for kids, and of course fireworks!  There is definitely something for everyone at an event like this!

Marblehead Fireworks and Harbor Illumination – Named by Coastal Living Magazine as one of the top 10 places to celebrate the 4th, Marblehead is an ideal destination for anyone who wants to soak up the sun at the beach and then enjoy some fireworks.  Starting at 8:45 PM the entire harbor will be illuminated and at 9:00 PM the firework show will begin!  Since it is such a popular spot, definitely plan to get there early.  There is plenty to do during the day since it is right near the beach! So pack a cooler and some food and head over tomorrow to enjoy some sun, sand, and beautiful fireworks!

Wrentham Village Premium Outlets Sale – A shopaholic never misses a great sale!  The Wrentham outlets normally feature savings of 25-65% but on the 4th their stores have even bigger doorbusters!  Sales vary by store but you know you are guaranteed a good deal at the outlets!

Celebrate your holiday to the fullest, don’t forget the reasons behind our day off, our nation was built on values of freedom which we stop to celebrate and remember!