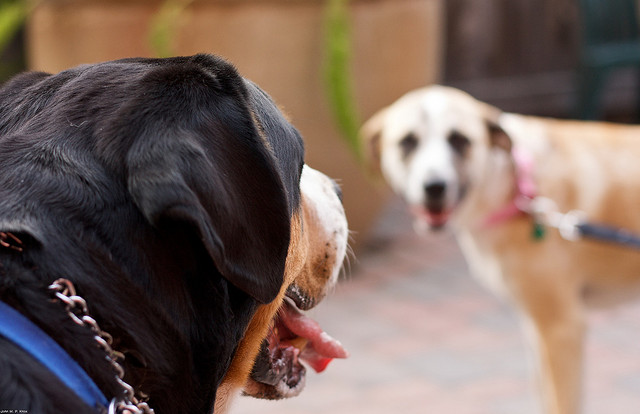 Did you know that May 18th – 24th is National Dog Bite Prevention Week?  Did you also know that according to the Insurance Information Institute, dog bites accounted for more than one-third of all homeowners insurance liability claim dollars paid out in 2013?  The average cost paid out for these claims in 2013 was $27,862.  No one wants to deal with a disaster such as this, not only is it traumatic for the victim, it can also be traumatic for yourself and your family.  In order to avoid these situations, we’ve come up with some tips to prevent you from being bitten, and to prevent your dog from biting.

We all hope to never encounter a situation where our dog bites someone or we are bitten, but sometimes it happens.  These tips are a good way to avoid such situations, and to keep your family and your dog as safe as possible.