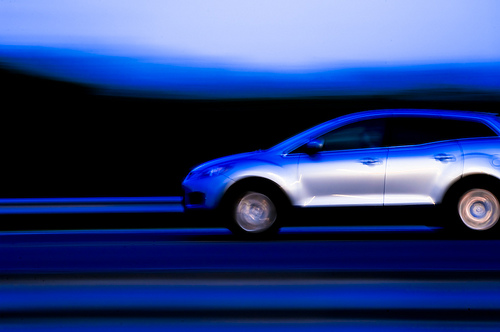 In 2008, the auto insurance market in Massachusetts was deregulated resulting in major changes for both consumers and insurance carriers alike. As more carriers began to write policies in the state, prices initially dropped.  However, prices have since rebounded and now closely resemble what consumers were paying before the industry was deregulated, according to data from the state Division of Insurance.  The question then arises; Is competition in the industry actually benefiting Massachusetts residents?

Recently, an article titled “Auto Insurance Rates Bounce Back Up In Mass.” was published in the Boston Globe.  The article was written by Deirdre Fernandes and she tries to determine whether or not consumers are benefiting from competition in the auto insurance industry by studying year-to-year comparisons of auto insurance premiums.  Before deregulation, insurance carriers typically had the same prices and offerings for their consumers, prompting larger carriers to avoid writing policies in Massachusetts due to the strict regulation of the industry.

After the deregulation, larger carriers such as Progressive and Geico began writing policies with extremely low premiums, forcing established carriers to lower their prices in order to maintain their business.  Since then, prices have risen as these larger carriers have become more familiar with paying out claims in the state. However, it is important to note that according to Fernandes’ article, repair costs and medical costs (all of which factor into claim payouts) are increasing faster in Massachusetts than across the nation as a whole, which also affect premium prices.

In her article, Fernandes quotes Deirdre Cummings, legislative Director of the Massachusetts Public Interest Research Group who said “If you look at rates and rates are going higher, that’s not in the consumer’s favor.”  Fernandes also plays devil’s advocate by acknowledging the fact that because insurance carriers are no longer regulated, they are able to offer unique services to their customers such as roadside assistance and specific discounts relating to bundling policies together, good student discounts, annual mileage discounts, etc.  Fernandes then quotes Massachusetts Insurance Commissioner Joe Murphy who says “It’s clear that the change in regulation has been a win for consumers”.

While Fernandes does address both sides of the argument, Joe Murphy takes issue with her analysis and wrote a response to her article.  In it, he states “Year-over-year comparisons of auto insurance premiums do not provide a sound foundation for commentary about rate levels or the general health of the insurance market.”  Essentially he argues that the increase in competition gives consumers the power to shop around if their premium does increase, making carriers compete for their business.

The competition also encourages insurance carriers to keep their own profits down so that they can keep premiums as low as possible.  In his response, Murphy says “In the five years prior to 2012, auto insurers in Massachusetts reported virtually zero profit from underwriting, the lowest of any New England state during that same period.”

One of the most important things to take away from both articles is that while insurance premiums may be about the same as they were before deregulation, consumers now have options and the ability to shop around if their premium does go up.  The power is in the hands of the consumer, and they are able to purchase policies not only based on price, but also based on coverage, available discounts, additional services, and much more.

As an independent agency, we are proud to work with many top-rated insurance companies including Commerce, Plymouth Rock, Arbella, Progressive, Safeco, Travelers, and Occidental.  We give our customers options when it comes to purchasing their policy and are unbiased in the quotes we provide. Our goal is to find Massachusetts residents the policy that is right for them.  So, if you’re looking to compare auto insurance rates in Massachusetts and find the best policy for you, get a free quote at MassDrive.com!  Our insurance agents are extremely knowledgeable and will work to find the policy that is right for you!