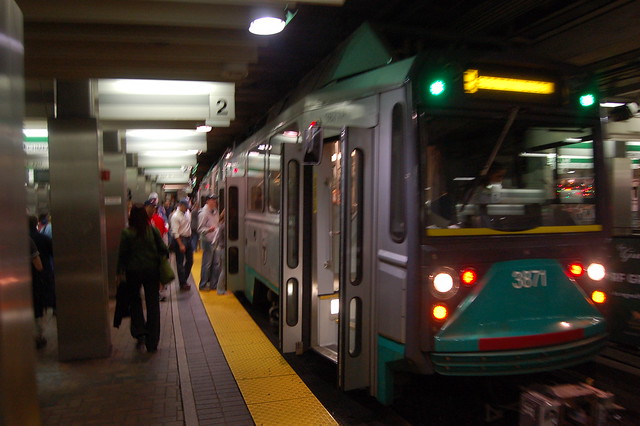 Many of you may be asking this question.  Recently, they have been in the news almost every day, but if you haven’t been following along you may have missed some of the updates on fair hikes, service cuts, and improvements that are in the works.

With all of the negative feedback that’s been in the news, the MBTA is making an effort to improve certain aspects of their services.  Commuter Rail riders will notice a major change this fall when the ability to buy your ticket from your smart phone is introduced.  According to an article from the Associated Press, there are 140 commuter rail stations and less than half of them have fare vending machines.  Without one of these machines, riders who do not already have tickets or passes must buy them on board the train.  Purchasing your ticket on board results in a two dollar surcharge and riders can only pay in cash.  This is quite inconvenient for many riders but soon anyone with an iPhone, Blackberry, or Android will be able to purchase their ticket online and show their phone to a conductor once they board the train.  This improvement called mobile ticketing, is being designed by Masabi and is sure to make riding the commuter rail a much more convenient experience.

The MBTA has been dealing with the backlash of proposed fair hikes and service cuts for weeks now.  Despite protests and testimony from many members of the public including activists, the MBTA board voted 4-1 to increase fares and eliminate or reduce service on various bus routes.  Three commuter rail lines, Kingston/Plymouth, Needham, and Greenbush will also eliminate their weekend runs.  These fare hikes are the first ones in five years and will increase the cost of a subway fare by 30 cents, bus fares will be increased by 25 cents, and commuter rail tickets will go up $1.25.  Commuter Rail riders who purchase a monthly pass will see an increase between 20-30 percent in their monthly fare.  These changes are set to take effect July 1.

Although the MBTA has a higher ridership level than ever before, they have been struggling to find a long term solution to their debt crisis.  Debt payments, energy costs, and door-to-door service for the disabled increase the T’s debt at a rapid rate and the service cuts and fare hikes that have been approved are not as high as the original plan that was proposed.  These changes are intended to close a budget deficit of $160 million for the coming year.  According to a Boston Globe article, many riders are unhappy about the fare increases and service cuts but have no other options for transportation.  Driving into the city is still more expensive for many, once gas, parking fees, and tolls are taken into account.  Not to mention the wear and tear on a vehicle that sits in rush hour traffic.

According to an article from the Boston Globe, the money coming into the MBTA for this year’s deficit mainly comes from one-time monetary sources including $5 million in leftover snow and ice removal funds, $51 million in surplus from an account that is funded by motor vehicle inspection fees.  That money comes from the state and requires legislative approval before it can be spent on the T.  These funds are short term fixes and a long term solution would have to include Beacon Hill politicians approving new taxes to lighten the burden on the MBTA.  A proposed fix by Governor Deval Patrick’s administration, is asking lawmakers to approve harsher penalties against fare evaders and to cap damages in lawsuits against the T at $100,000, which could save the MBTA about $5 million annually.

These developments are the most recent news on the MBTA, although the  fare hikes and service cuts are a negative solution to the budget crisis in the minds of many riders, the MBTA is attempting to make improvements elsewhere for their customers.