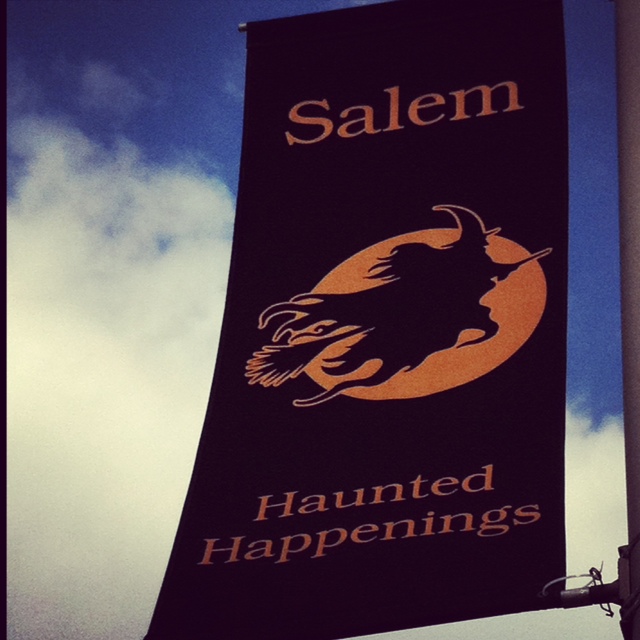 The witch trials of 1692 made Salem, Massachusetts one of the most famous and historical cities in the country and legend has it that several ghosts from this era still haunt the town today.  With Halloween right around the corner, there’s no better spot to visit than one of America’s most haunted cities!  Stop by Salem if you dare, after taking one of their ghost tours and hearing tales of the supernatural you might not want to go back.   In addition to the spooky tours and museums, there are plenty of other attractions to see, shops to visit and streets to stroll so stop by before the witching hour is over!

Witch Dungeon Museum – Enter the Witch Dungeon Museum and you may believe that you’ve stepped back in time and arrive in 1692 during the Witch Trials.  Their live reenactment of the 1692 witch trials is highly acclaimed and afterwards take a tour of the dungeon where the “witches” were held.  The reenactments are based off of actual transcripts from the 1692 trials and performed by professional actresses.  This is a wonderful museum to visit if you have time because not only is it historically accurate and entertaining, but touring the dungeon ups the scare factor for sure!  This destination has everything you would want to see in Salem combined into one so stop by for an exciting performance and a tour that you won’t forget any time soon!  Tickets are $8 for adults, $7 for seniors (65+) and $6 for children (ages 4-13).

Hocus Pocus Tours – If there’s one thing to do while in Salem, it’s to take a ghost tour.  Ghosts of the wrongfully accused and murdered still roam the streets to haunt the living who may catch a glimps of them on one of these tours.  In addition to hearing tales of the ghosts from the witch trials, hear the tale of Salem’s most notorious murder, learn about Nathaniel Hawthorne’s  interesting connection to the witch trials, and find out why Salem was the setting for the 1993 blockbuster movie Hocus Pocus.  Tickets are available online but tour size is limited so be sure to book your tickets early, especially in October!

The Salem Witch Walk – Take a tour led by true witches of Salem.  This tour is ideal if ghosts aren’t your thing because it focuses on the magic and witchcraft in Salem.  During the tour you will be blessed in a magic circle, visit a graveyard, learn about voodoo, love potions, herbal charms, and curses!  Definitely sounds exciting and is a different take on the typical ghost tours that are offered in the city.  Each guest will receive a crystal blessed by a Salem witch as well!  Take a stroll with the women who would have been hanged for witchcraft 300 years ago as they teach you the mysteries of their craft.  The tour is about an hour and a half long, leaves daily at 3PM and 7 PM, and tickets are $13 per person.

Salem’s Wax Museum – Check out Salem’s Wax Museum of Witches and Seafarers, featuring wax figures made in London that depict some of Salem’s most famous historical figures.  Inside you’ll come face to face with Tituba, one of the first witches accused during the hysteria, as well as Nathaniel Hawthorne, author of “The Scarlet Letter” and the “House of Seven Gables”.  Other figures include Colonel John Hawthorne, the judge of the Witch Trials, pirates of New England, and much more.  They also have the largest museum gift shop in the area with plenty of souvenirs to remember your trip.  Take a walk behind the museum to the Old Burial Point, the second oldest burial ground in the country which holds the bodies of some of Salem’s most famous residents including some of those featured in wax museum!  Nearby is the Witch Trial Memorial, dedicated to the victims of the hysteria who were wrongfully killed in 1692.

These are only a few of the spooky attractions to visit in Salem.  Take a walk over to Pickering Wharf and stroll in and out of the shops, cafes, and restaurants or visit one of the local psychics for a reading.  Whatever you decide to do while in the Witch City, it will definitely get you in the spirit for Halloween!