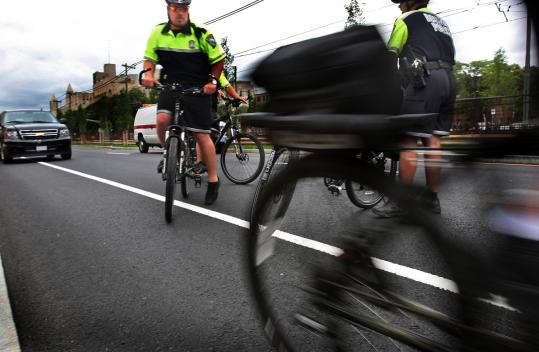 Boston will need to gear up with helmets as bike lanes are to join traffic this next year. Massachusetts State and Federal approvals have been given for the $18 million reconstruction of Massachusetts Avenue to include five-foot wide bike lanes. Approximately 80% of the funding will come from federal aid and 20% funding from state aid. The bike lane construction was announced at the Boston Bike Festival, the last event of the first state wide bike week. Boston officials have told reporters the bike lanes will run from the Boston Medical Center to Symphony Hall.

Michael Kinneavy, the Boston Chief of Policy, says the city hopes to extend the lanes father:

“We’re looking at the section between the bridge and Symphony Hall, and our hope is that someday it will all be continuous and we’re very happy about that.”

Thomas Timlin, the Boston Transportation Commissioner, also said the Menino administration is committed to promoting bicycling and its benefits:

“The mayor, in working with our state partners, has really said it loud, and said it clear, and put our money where our mouth is, and put the policy into practice, that the car is no longer king in the city of Boston.”