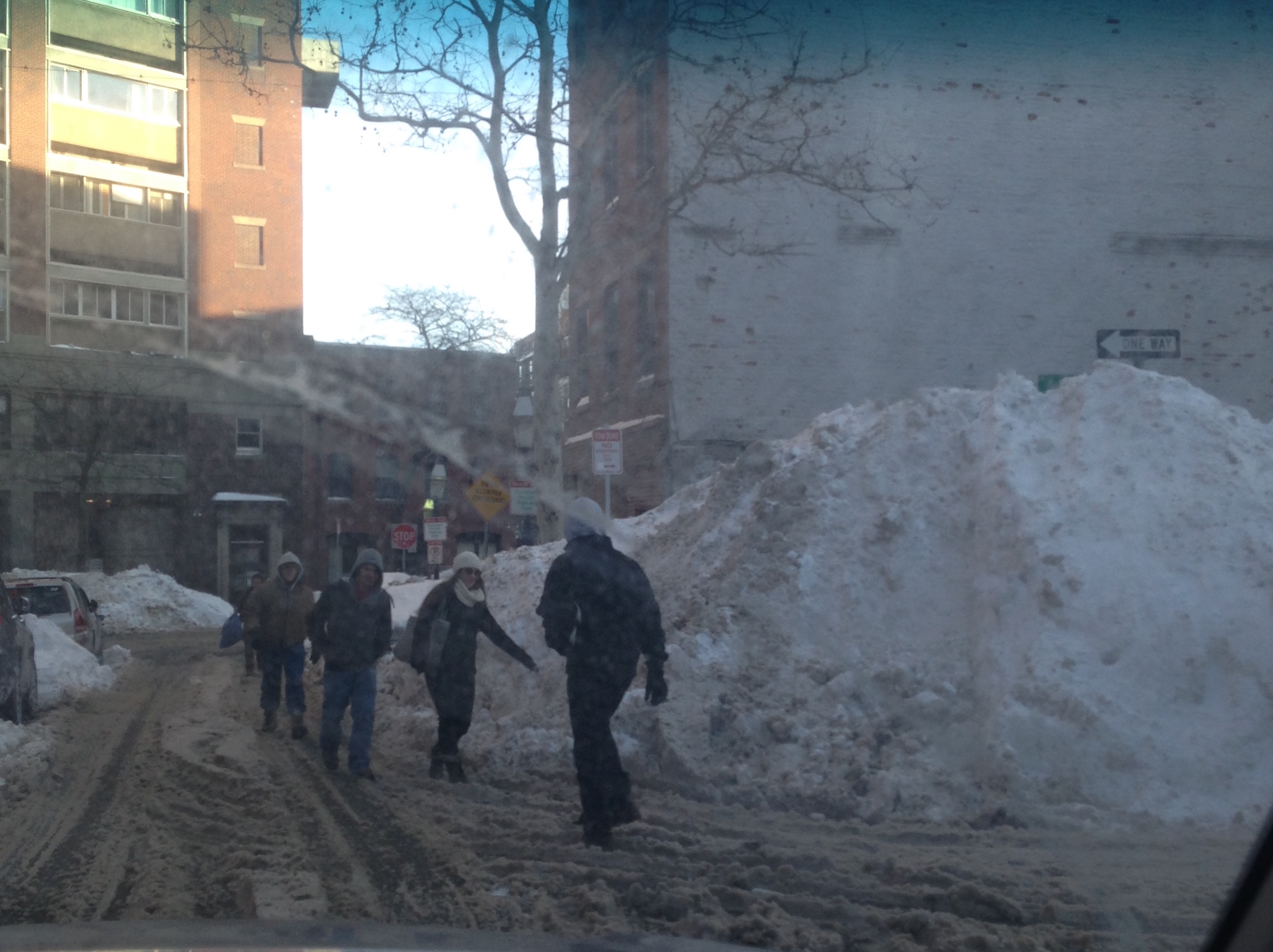 The four blizzards in three weeks have left mountains of snow all around New England. Removing the snow has been challenging for towns everywhere, and with nowhere to move it all, the streets have becoming increasingly clogged. Travel lanes have been reduced from four to two, and two-way roads are now one way. Particularly small streets are so clogged up that even sidewalks cease to exist! If they do, they’re so narrow even the smallest of people have a hard time passing the massive snow banks. With nowhere else to walk, pedestrians than take to the road, resulting in further unsafe road conditions.

Here are a few safety tips on how to drive with massive snowbanks:

1. Drive SLOWER. Although that seems like such obvious advice, it really is so important.   In the winter, tires don’t hold to asphalt as well as they do in the summer. A mistake becomes much harder to correct with snow on the ground. Braking distances become longer, and the ability to dart around quickly in traffic decreases. Even when the roads seem cleared up, it’s still important to drive slowly due to decreased visibility from the snow banks. Many the snow piles tower way above 3 ½ feet- which is eye level for most drivers. The safest way to cross is to slowly come to a stop and then inch out to see if a car is coming. Even if you know that there is a stop sign for the intersected street, they might not able to see it due to the snow banks.

2. Make sure you windows are de-iced so you can properly see cars coming. Not only is driving with iced up windows incredibility unsafe, it is also illegal. You can quickly ice proof your windows by spraying them the night before with three parts vinegar and one part water. The acetic acid in vinegar will lower the melting point of water and preventing it from freezing. If you don’t get to it at night, spray the mixture in the morning to make scrapping much easier.

3. Check the pressure and tread of your tires. Too low pressure or bald tires can be extremely dangerous, especially in snowy weather. Having low pressure can cause heat build up, which can cause the tire to pop at high speeds. Most gas station have air pumps that will let you gauge the pressure and add more air if needed. Bald tires, or low tread means less traction to the road, especially in rain or snow. You can check this by placing a penny (the edge with Lincoln’s head pointing down) in one the grooves of the tire. If you can see all of Lincoln’s head, you need new tires.

Massachusetts has had a record-breaking month with snow, and it will take some time for it all to melt. Keep these tips in mind so you can safely navigate around the snow covered streets!